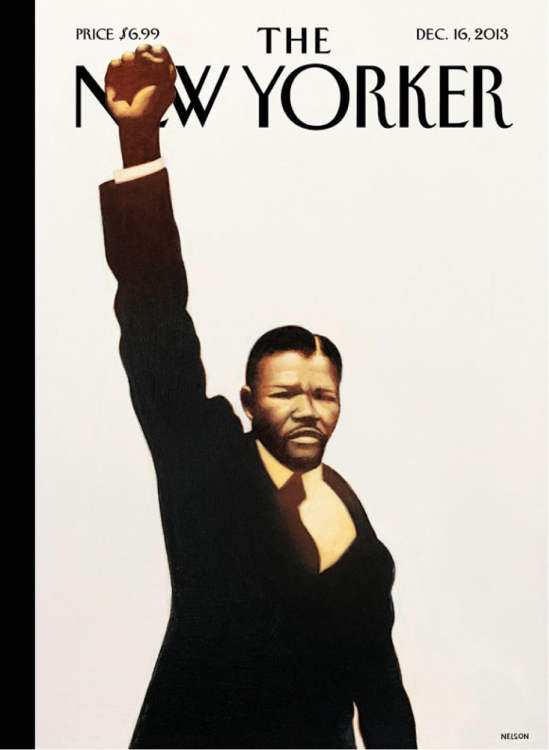 In the aftermath of Nelson Mandela’s demise, many opportunistic figures are trying to harvest amid people’s genuine condolence. Among those, the twittering on “deep mourning” by Swedish Foreign-Affairs

minister Carl Bildt goes way far. For many of us in Sweden it evokes vivid memories about the active opposition that he and his party The Moderates waged against Mandela’s struggle, and for the prolongation of the apartheid regime. 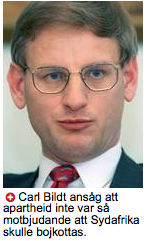 For instance, the head of the Moderates of that time, Mr Ulf Adelsohn, declared in opposition to the boycott against the South African apartheid regime by 1985, that such boycott from the part of the Swedes would cause the “poor niggers be left without work” [”de stackars negrerna annars skulle stå utan jobb”] [1].  When asked by TT News agency whether he regretted to have used such deleterious terms, and that have caused some irritation, Adelsohn replied, why, “a nigger is a nigger and a Swede is a Swede” [“En neger är en neger och en svensk är en svensk”]. [2]

[According to the Wikipedia article “Nigger“ , in Sweden, the use of “nigger” is equivalent of “neger”, and traditionally the term has not conveyed the same pejorative use than in the US, and it had possessed the same character than in the ordinary use of neger  (“Det har dock traditionellt inte haft samma starka värdeladdning som i USA, utan också haft karaktären av en vardaglig variant av neger”). According to the Wikipedia article “Neger”, “the word neger is not ordinarily used in modern Swedish because it is controversial and can be understood as denigrating and offensive” (“Ordet används vanligtvis inte i modernt språkbruk eftersom det är kontroversiellt och kan uppfattas som nedsättande och kränkande”)].

Further, on the 4 of September 1985, when Carl Bildt was asked whether he would back Ulf Adhelson’s above formulation, Bildt replied in the main: “it is absolutely right as said it by Adelsohn” [“det är ju helt riktigt som Adelsohn sagt”]. [3] The caption in the AB picture of Carld Bildt reads: ”Carl Bildt considered that apartheid was not so disgusting (to justify) that South Africa should be boycotted.”

Against the backdrop of the Swedish people’s sentiments about the figure of Nelson Mandela, the Swedish National Television (SvT) aired in these days headlines about his dead, calling him repeatedly a series of polite niceties. But in none of the aired news-headlines it was mentioned the absolutely main issue for which Mandela became known worldwide: his struggle against Apartheid. Professors blog provides some historical background of the position of Sweden’s main ruling party on this issue, and revisits Nelson Mandela’s stance on some geopolitical issues such as Revolution.

“Make no mistake: Mandela was black and red, but also communist, cultivated, internationalist, African, a free man in a prison built by whites, ruthless with the enemies of the people, in love with the revolution. Do not make an empty, resigned icon of Madiba. He was not Uncle Tom; he was Malcon X, Lumumba a black panther. He is gone with Che, Allende, Chavez, and with Ho Chi Min, with Biko and the millions of anonymous men and women reflected in every single fight against any empire, against any oppressor.”

At the old times of Olof Palme, many Swedish organizations, including the youth associations of most political parties, engaged at the end in supporting the struggle against the South African apartheid. Notably, some democratic right-wing juvenile organizations such as Folkpartiet-Liberals, or Centerpartiet, also participated in the Swedish anti-apartheid engagement. But the exception was the Moderates’ Youth organization led by Carl Bildt. In 1968, the same year that Afrikagruppen was founded in Sweden [see below] nucleating the support of diverse student-organizations, Carl Bildt had enter the Moderate party becoming political secretary of the youth organizations Fria Moderata Studentföreningen i Stockholm, and in the consecutive years vice-chairman (1971) and chairman (1973) of the Fria Moderata Studentförbundet .

ry-left organizations existing at that time, and refugee groups such as the MIR-GAM (“Group Friends of MIR-Chile”) and many others, followed by traditional centre-left organizations such as the social democratic party and the Left Party. This was certainly before the time of PM Göran Persson and politicians such as Thomas Bodström and Claes Borgström, when the social democratic party became instead a party with a centre-right and pro-US agenda, in the main issues identical with the right-wing moderates. There is no visible difference among the Swedish parties on the geopolitical stance of Sweden, with the exception, at one end of the spectrum, of the nationalist right-wing conservative Sweden Democrats. Even the Left Party (Vänster, former “Communists”) voted for Carl Bildt’s proposition at the Swedish Parliament to send Swedish military air-force to Libya under the order of US-led NATO command.

In fact, since the opening of the “Case Assange”, the Swedish government has been giving to the world the wretched impression of being ruled from the White House. And there is no shame of this fact from the part of the Swedish economic-military establishment.  Some days ago, when it was known that NSA described Sweden as “leading partner” in the spying endeavours on US behalf (for instance the Swedish NSA (FRA)’s spying on Russian leaders), FRA’s spokesman Fredrik Wallin [image below] declared to the Swedish TV that such description was “very flattering”. [6], [7]

However a huge solidarity given by the Swedish people and the social democratic government of Olof Palme, the motor in the grassroots’ supportive struggle in Sweden was the organization Afrikagrupperna. It was constituted 1968 and lived with same impetus even by 1992; [8]

The picture Afrikagrupperna gives about Nelson Mandela’s contribution in the liberation struggle is quite different that the one recalled by the Swedish MSM, particularly the state television. The Afrikagrupperna sympathizers, including the ANC  devoted efforts for the support of a variety of liberation struggles in Southern horn of Africa, besides the Republic of South Africa itself. The figure of Nelson Mandela headed our struggle for the liberation of Portuguese colonialist rule in Cape Verde, Guinea-Bissau, Angola, and Moçambique. A number of cadres from MIR participated in these military actions, together with Cuban contingents. Later, the struggle would be extended in Zimbabwe and Namibia.

The right-wing conservative PM Reinfeldt declared in the main TV news Rapport: “It is important that his example should stay as a symbol for reconciliation – right choice for an Africa with many challenges”. But Mandela was in fact a revolutionary who did not spare word in supporting the struggle of the Palestinians, the Cubans, and others. He said for instance, “Israel should withdraw from all the areas which it won from the Arabs in 1967, and in particular Israel should withdraw completely from the Golan Heights, from south Lebanon and from the West Bank.” [9]

Not by accident Nelson Mandela and the ANC were still in 2008 listed in a Terror Watch List at the US. [10]

Andrew Kaczynski collected for Buzz Feed [11] a series of relevant statements by Nelson Mandela, some of theme summarized here:

“If there is a country that has committed unspeakable atrocities in the world, it is the United States of America. They don’t care for human beings.”

“It is our duty to give support to the brother leader … especially in regards to the sanctions which are not hitting just him, they are hitting the ordinary masses of the people … our African brothers and sisters.”

“If you look at those matters, you will come to the conclusion that the attitude of the United States of America is a threat to world peace.”

“The UN took a strong stand against apartheid; and over the years, an international consensus was built, which helped to bring an end to this iniquitous system. But we know too well that our freedom is incomplete without the freedom of the Palestinians.”

Continue to Second Part “A Swede is a Swede & a jew is a jew”, says Carl Bildt. Analysing the untruthful reply of the Swedish Foreign Minister to WikiLeaks on the Apartheid issue 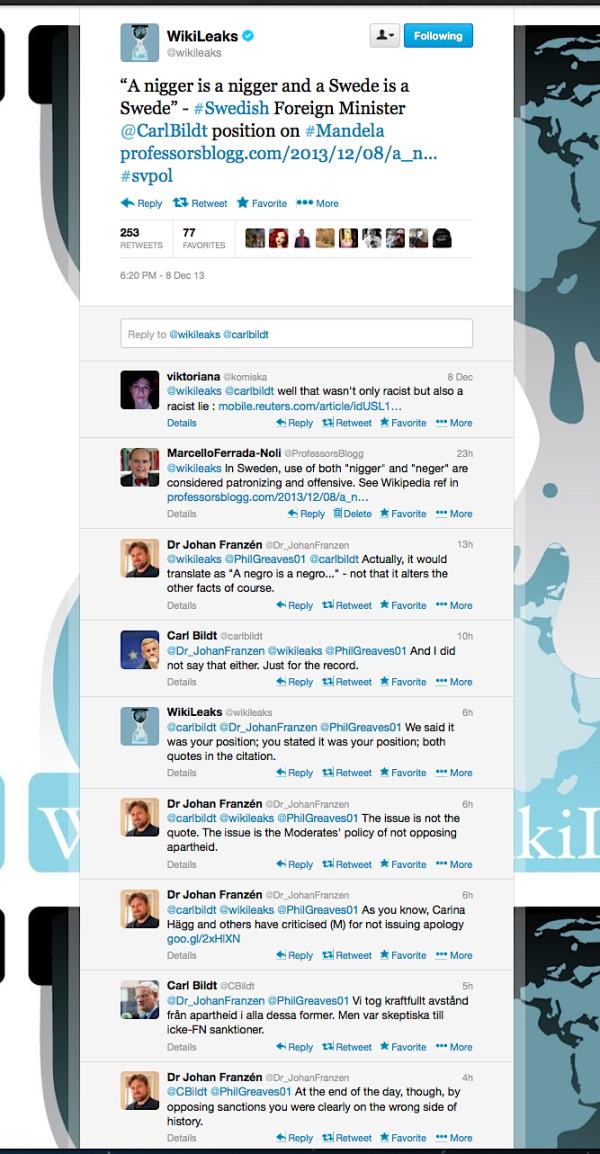 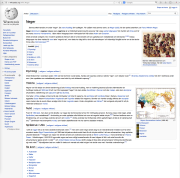 One thought on ““A nigger is a nigger and a Swede is a Swede”. Top leaders of Sweden’s second largest party stating position on Mandela’s struggle against apartheid”