We publish here in agreement with author Pål Steigan, a translation done by the Professors’ Blog of a publication in the Swedish-based blog Jinge.se. For newer analyses on this subject, go to Flaws & contradictions in the Dutch report on MH17.

Fifteen months ago, the Malaysian plane MH17 was shot down over Ukraine. 298 passengers and crew were killed. However, still it is not proven who was behind the shooting down. It is very strange, for already a few days after the shooting down the US Secretary of State John Kerry said that the United States had huge amounts of indirect evidence on that the culprits were the separatists: 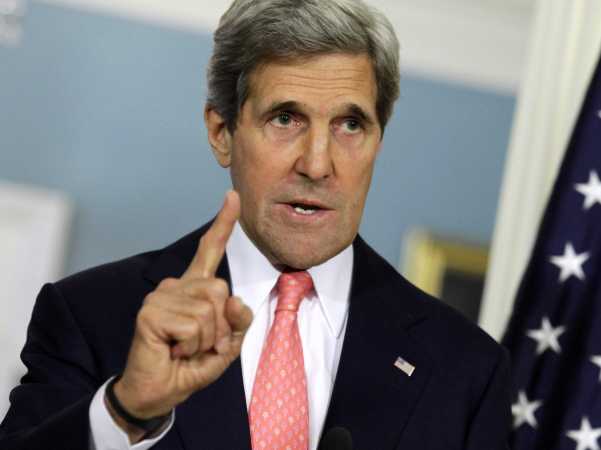 John Kerry: “We picked up the imagery of this launch. We know the trajectory. We know where it came from. We know the timing, and it was exactly at the time that this aircraft disappeared from the radar.”  [1]

Fifteen months later none of this alleged evidence has been put forward. Where are these satellite photos of launching ramps missile trajectory? The Dutch investigation the Commission has estimated a spread area of ​​320 square kilometres from which the said launching site would possibly have fired. But John Kerry knew exactly where it came from already on July 21, 2014. Why does not he just show these images, so [the exact site of the said launching] could be solved once and for all?

Is it because those [images] do not exist, or that if they do, they are not pointing in the direction Kerry wants us to see?

It is highly incredible that the US, which has satellites that can take pictures so clear and [zoomed] in so detailed scale, has not been able to display any single picture of the disaster.

“A U.S. intelligence source told me that CIA analysts briefed the Dutch investigators but under conditions of tight secrecy. None of the U.S. information was included in the report and Dutch officials have refused to discuss any U.S. intelligence information on the grounds of national security.”

“In the weeks after the shoot-down, I was told by another source briefed by U.S. intelligence analysts that they had concluded that a rogue element of the Ukrainian government – tied to one of the oligarchs – was responsible for the attack, while absolving senior Ukrainian leaders including President Petro Poroshenko and Prime Minister Arseniy Yatsenyuk. But I wasn’t able to determine whether this U.S. analysis was a consensus or a dissident opinion.”

Veteran Intelligence Professionals for Sanity, an organization of former officers of American intelligence, have requested to President Barack Obama that he makes public all the evidence the US would have on the case:

“If the White House has concrete, probative intelligence regarding MH-17, we strongly suggest that the time is right to approve it for release before the “blame Russia” narrative becomes completely dominant. The American people are perfectly capable of judging for themselves what took place but they need to have all the information presented without bias and without any attempt to evade unpleasant conclusions. And it should be done even given the risk of compromising “sources and methods,” as the broader issue of war or peace with Russia is something that should be of paramount concern to every American.” [3]

In one of Sir Arthur Conan Doyle’s books on Sherlock Holmes is found the following dialogue:

Gregory (Scotland Yard detective): “Is there any other point to which you would wish to draw my attention?”

Holmes: “To the curious incident of the dog in the night-time.”

Gregory: “The dog did nothing in the night-time.”

Holmes: “That was the curious incident.”

And when it comes to America’s total absence of evidence about the MH17 crash we may paraphrase Sherlock Holmes: It gets more and more curious!

[1] State Secretary Kerry in NBC’s Meet the Press. Quoted in “Kerry: Europe Should ‘Join the U.S. and President Obama in Taking the Lead’ on Russia“, CNSNews.com, 21 July 2014.