[The Professors’ Blog update-series with analyses previous the release of the Dutch report is found at New findings may indicate that Malaysian Airlines MH17 was shot down by Ukraine forces.]

OSCE Monitors Identify “Shrapnel and Machine Gun-Like Holes” indicating Shelling. No Evidence of a Missile Attack. Shot Down by a Military Aircraft. The conclusions by Professor Michel Chossudowsky may be superseded by the Almaz-Antey report referred in the update 13 Oct below, which has identified the Buk-missile type mentioned in the  Dutch report although as an obsolete model not used by Russian forces.

“The evidence presented in this article first published by GR on July 31, 2014 (updated in September 2014) contradicts the recently released report of the Dutch Safety Board. The evidence confirms that MH17 was not brought down by a surface to air missile.” [Global Research Newsletter].

As known, the Dutch Report only determined that it was an old-model Buk missile which downed the MH17, but could not specify who fired it, neither the exact location of the launching site. The New York Times Magazine has published a credible version of the MH17-crash cause. The old made-in-Russia Buk missile which downed the MH17 plane was fired from near Zaroschensko, a territory then held by the Ukaine army. Read the full report at “Why Russia’s Alternate History of Malaysia Airlines Flight 17 Matters“

MH17: The Evidence in the DSB Report DIRECTLY CONTRADICTS the DSB’s Conclusions, by Ian56

This post contains analyses by Ian56 and includes an update series of relevant documentation on the flaws in the Dutch Report. 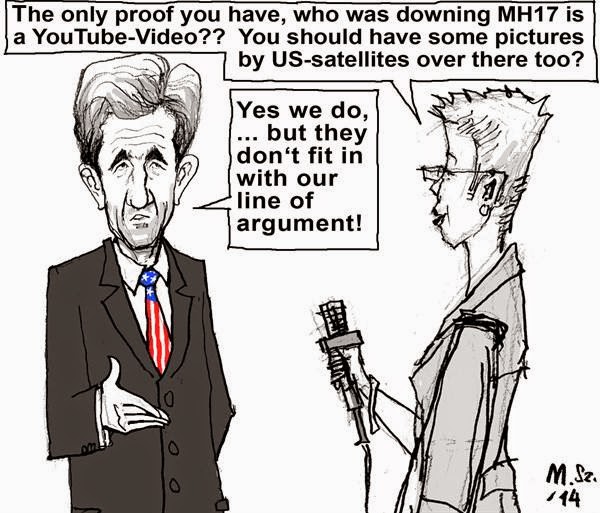 “Where is the smoking gun?” An essential question to the Dutch MH17-Report. By Paul Steigan in The Professors’ Blog

Fifteen months ago, the Malaysian plane MH17 was shot down over Ukraine. 298 passengers and crew were killed. However, still it is not proven who was behind the shooting down. It is very strange, for already a few days after the shooting down the US Secretary of State John Kerry said that the United States had huge amounts of indirect evidence on that the culprits were the separatists: “We picked up the imagery of this launch. We know the trajectory. We know where it came from. We know the timing, and it was exactly at the time that this aircraft disappeared from the radar.”

John Helmer: Autopsy of MH17 Crash and the Dutch Report

Two full-scale experiments by the Almaz-Antey defense company aimed at recreating the MH17 crash conclude the missile that downed the flight was an old BUK model fired from a Ukraine-controlled area, contesting the preliminary theory by Dutch investigators.

Two detonations of Buk missiles near aluminum panels and the cockpits of decommissioned Ilyushin Il-86 passenger airliners in July and October have produced what the company calls conclusive results.