Some pearls from Dr. Paul Craig Roberts’ recent article, commented with retrospective graphics at @Professorsblogg on Twitter – which basically shared same opinion on the issues.

Dr. Paul Craig Roberts is a prominent US politician and analyst. Formerly at several universities, he also served as Assistant Secretary of the Treasury for Economic Policy and was associate editor of the Wall Street Journal, columnist for Business Week, Scripps Howard News Service, and Creators Syndicate. He is author of the books The Failure of Laissez Faire Capitalism and Economic Dissolution of the West and How America Was Lost.

Recently, Craig Roberts published his remarkable piece “Ukraine: In The West Respect for Truth Not Longer Exists” (Foreign Policy Journal), referring Western media role in the Ukraine crisis. My tweet referring the publication had and ample spread in the Tweeter public.

Here bellow a transcription of selected passages from “The Ukraine Crisis Remains Unresolved”. For an exhaustive understanding of the author’s thesis these passages should be placed in the context of the full article. Paul Craig Roberts’ article in full can be found at his website Institute for Political Economy, IPE.

Russia lost Ukraine because of its weakness when the Soviet Union collapsed, and Washington forced Russia to permit an independent Ukraine, which served Washington’s purpose of breaking up the Russian Federation.

The western Ukrainians, who fought for Hitler during World War II, maintained an impressive lobby organization in Washington and secured their independent country, but they did not control Ukraine because much of the country consists of former Russian territories made part of Ukraine by Soviet leaders in the 20th century.

As it was in Rome, dynasties are now the sources of US presidential leadership. And as it was in Rome, the US is on the path to destruction, which occurs when the ambitions of leaders take precedence over the fate of the country.

Keeping Ukraine out of NATO is no doubt a goal of the Russian government. However, the trouble that Washington brought to Russia in Ukraine–by orchestrating a coup, installing a puppet government, and unleashing violence against the residents of the former Russian territories that Soviet leaders attached to Ukraine–is being used for wider purposes than to incorporate Ukraine within NATO.

In other words, Washington’s strategic goals go beyond NATO membership for Ukraine.

One goal is to break apart the economic and political relationships between Europe and Russia. By using Ukraine to demonize Russia,

Washington has pushed the European Union into imposing sanctions on Russia that disrupt the trade relationships and create distrust. 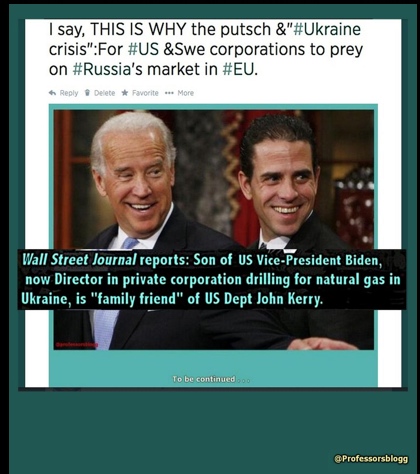 Another Washington goal is to build up military forces on Russia’s borders. NATO has used the “crisis” to stoke fear of Russia in the Baltics and in Poland. Washington and NATO generals speak of Russian attacks as if it is a foregone conclusion that Russia intends to invade Eastern Europe. To protect against the “Russian threat,” NATO has created a “quick reaction force” and is building up supplies of military equipment and new bases on Russia’s borders. Whatever the outcome in Ukraine, Washington has used Ukraine to start a new Cold War. 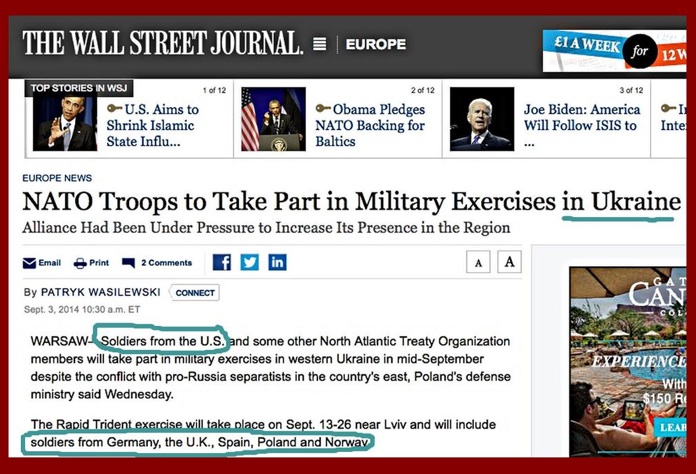 The Western presstitute media, a collection of government propagandists, has misrepresented the situation in Ukraine from the beginning. In place of news coverage, there has been propaganda against Russia. Consequently, Western peoples who rely on the media are misinformed about Ukraine and place all blame on Russia.

As the Kiev government is Washington’s puppet, there is no reason to expect a resolution of the conflict that Washington brought to Ukraine and to Russia.

It is not only Washington that rejects a resolution of the Ukrainian difficulties created by Washington, but also the EU. Washington’s puppet, Herman Van Rompuy, President of the Washington front group–the European Council–announced, if news reports are correct, which they seldom are, that the European Union is imposing sanctions on the Russian energy firms Rosneft, Gazpromneft and Transneft as well as state-run companies with turnover of more than $27 billion a year.

The Russian response to this audacity should be to turn off the gas in the winter without warning. All of it. As Putin’s interest is to separate Europe from Washington’s control, this would do it. All of East and West Europe and Ukraine would be on their knees in Moscow begging for the energy to be turned back on. All Putin would have to say is  “only non-NATO members get gas.”

That would bring an end to Washington’s assault on Russia.