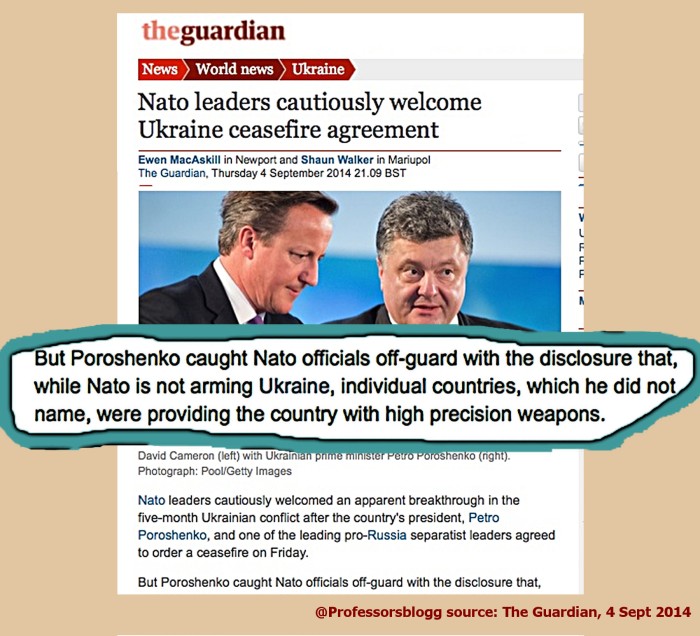 One thing that stroked me was to read now in the papers that NATO is asking its “friends in Europe” to increase substantially their expenditures in defense (read, “to purchase more weapons”), due to the “Ukraine crisis”. So, how  paramount is the weapon-export business in the agenda of US & Swedish politicians instigating upon the Ukraine Junta to wage both “anti-terrorist”ops against their own population, and war against its neighbour? Three main Foreign Office politicians from US and Sweden have distinguished in pushing EU countries to provocations against Russia, and expressly instigating the “use of force” (read weapons) in Eastern Ukraine: Senator John McCain, State Secretary John Kerry, and Fo Min. Carl Bldt. At the same time, they have asked NATO and EU countries to purchase more weapons “in view of the conflict with Russia”. In this update I have included (Part IV) a relevant and informative text from RIXSTEP, on the Swedish Foreign Minister earlier connections with the arms-sales industry. Links to PART IV also a courtesy of Rixstep.

“McCain’s Military Industrial Complex lobbyists have figured it out.

Two high-ranked politicians in their respective countries, US Senator John McCain and Swedish Minister of Foreign Affairs Carl Bildt, have been prominent in prompting war in Ukraine.

Secretary of Sate John Kerry is if course very active in “findings no-solutions”, political that is, to the Ukraine crisis. On the other hand it is also known that Kerry was, together with George Bush “the top two recipients of contributions from Political Action Committees and individuals associated with the arms industry in the 2004 election cycle” [2].

Both Bildt and McCain are linked to interests of their respective countries’ military industry complex. The US is the world largest exporter of conventional weapons. [3] And Sweden is the country with the highest rate of weapons-export per capita in the world. [4] The situation of Sweden’s weapons exports offers some complexity in recent years, for while their weapon sales export to Asia and the Middle East “sharp” increased by 44%, it dropped in Europe by 30% “due to the reduction of cost for buying military materials and the unsteady economic state in Europe” (data of 2012). [5]

In other words, Sweden needs to recover its sales in Europe.

For the time being, I present here below a graphic panorama based in my Twitter posting of this day, focused on the endeavours of US Senator John McCain in Ukraine. I will later update with Swedish materials regarding our domestic warmonger, Carl Bildt, who coined the euphemism “if they (the Russians) escalate, WE will escalate”, besides of distinguished himself as the European politician with the most virulent stance against the rebels of East Ukraine, while passionate justifying the fascist junta in Kiev.

My quest being, to which extent the connections between the corporate military industry with the politicians lobbying for war and weapons exports, might be behind in their request for the use of more and more military violence in dealing with the Ukraine crisis. 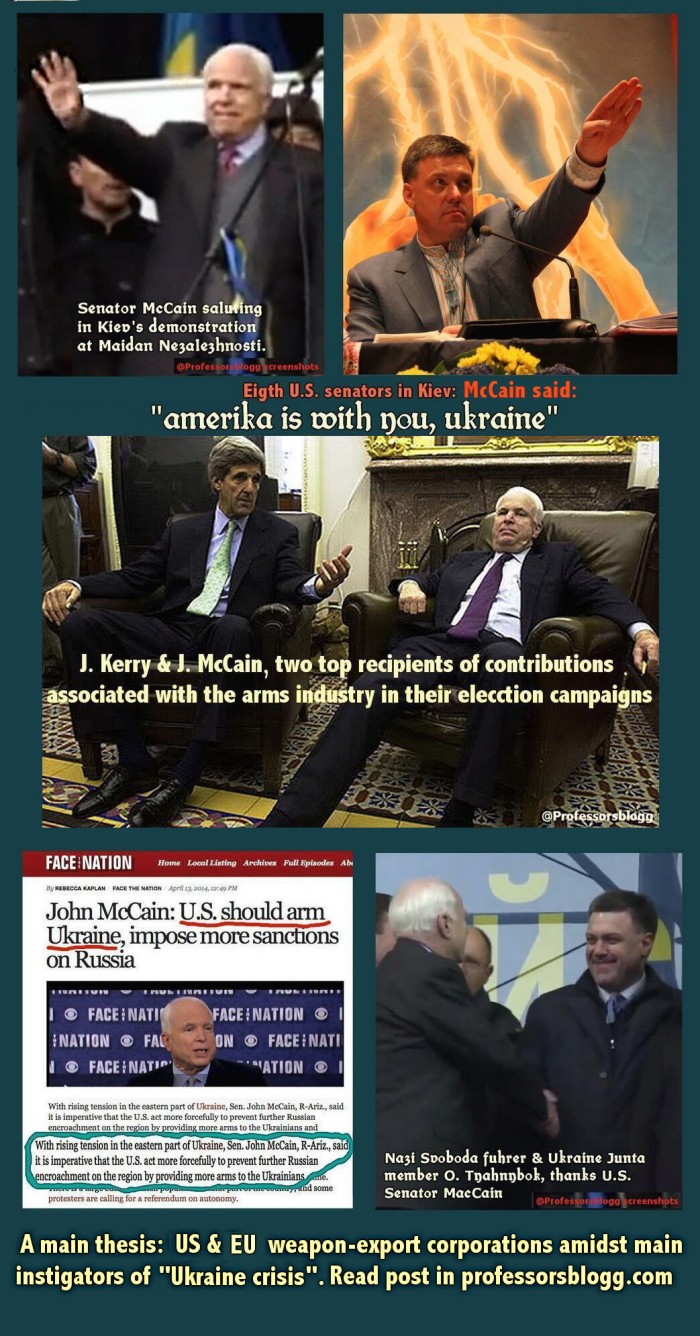 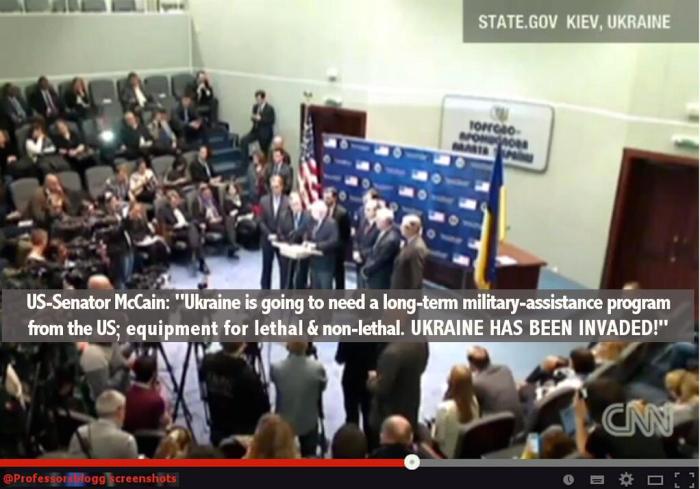 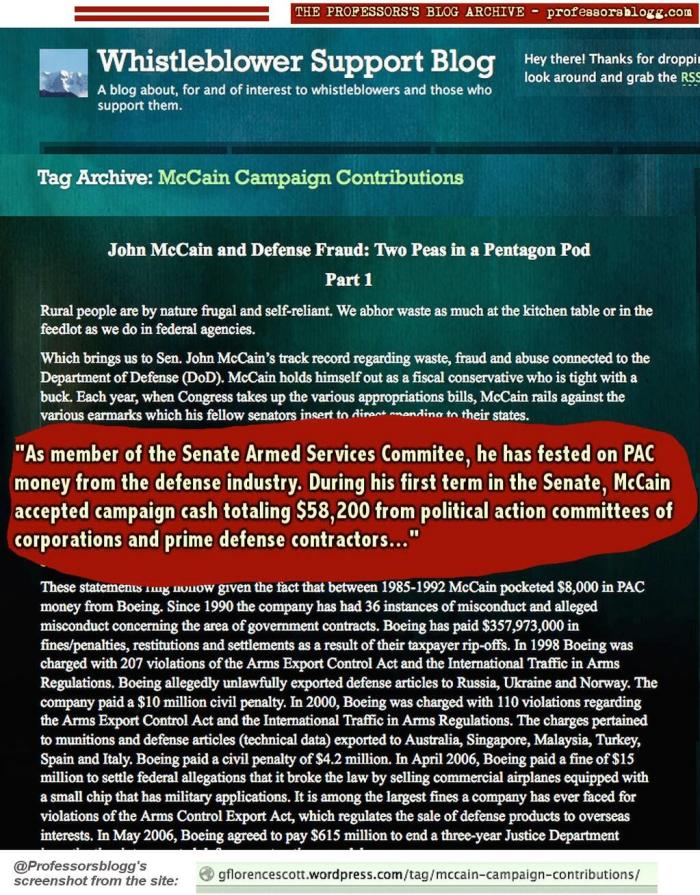 Sweden is the World largest weapons-exporter country per capita 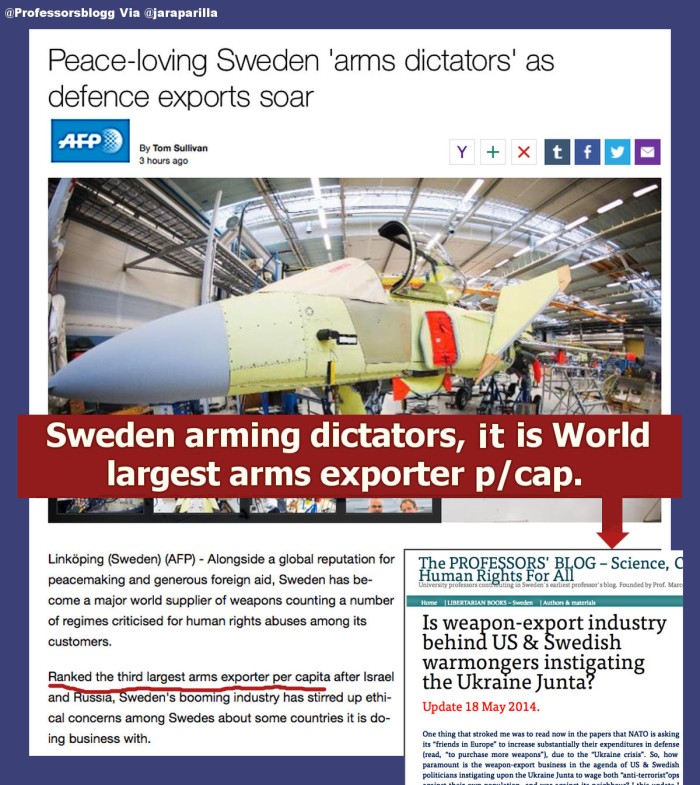 The Swedish Minister of Foreign Affairs

[Text and Links, courtesy of Rixstep. Click on image below for improved view] [2] “George W. Bush and John Kerry have been the top two recipients of contributions from Political Action Committees and individuals associated with the arms industry in the 2004 election cycle, receiving $766,355 and $399,000 respectively,”. In “Ties that Bind: Arms Industry Influence in the Bush Administration and Beyond“. A World Policy Institute Special Report by William D. Hartung and Michelle Ciarrocca. October 2004.

[5] Sammy Said, “The Top 10 Weapon Exporting Countries in the World”. The Richest. http://www.therichest.com/expensive-lifestyle/location/the-top-10-weapon-exporting-countries-in-the-world/

One thought on “Are corporations linked to weapon-export industry behind ‘individual countries’ US & Sweden, instigating war in Ukraine?”