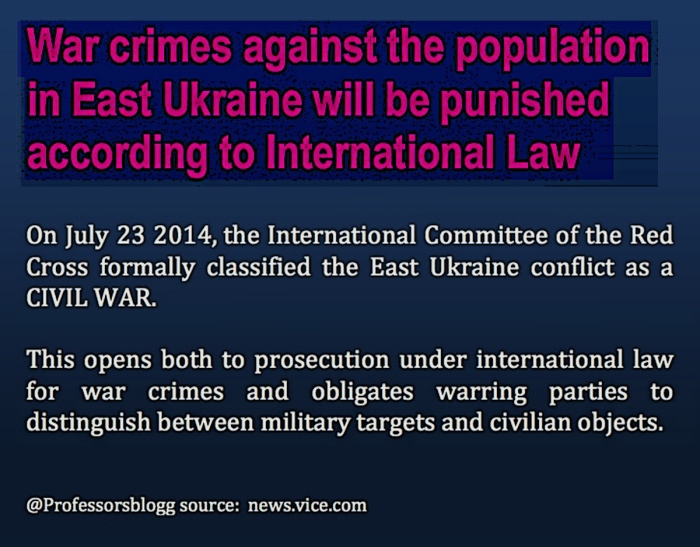 Here a link-list reporting severe human-right violations and war crimes committed by fascists forces, ordered by the Government of Ukraine, or by fascist organizations that form part of the government. It should be noted that the Ukrainian putsch – an event that initiated the current civil war and the massacres in Donbass – was engineered/supported by the US and by the current Swedish government of ruler Carl Bildt (due to expire in a month). The material below has been documented at The Professors Blog – On Human Rights For All. All sources given.

A H-Rights appeal based on most gruesome video of Poroshenko’s slaughter in Eastern Ukraine. Warning for images

New images on the ethnic cleansing in East Ukraine

Inna Kukuruza shall not be forgotten

The Ukraine fascists’ Odessa massacre of 2 May 2014. Updated evidence

The Ukraine Army’s slaughter of Mariupol civilians 9 May 2014: unarmed civilians shot at & killed at close range