I assert that the public access of the disclosed documents “has helped to promote human rights, democracy and freedom of speech.” 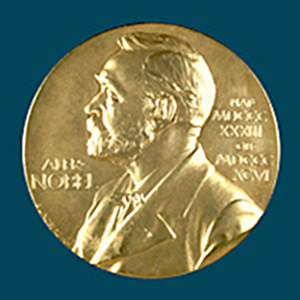 In the reverse of the Nobel Peace Prize medal, its reads the inscription

“For peace and fraternity”

I have also heard about the nomination of Edward Snowden done by professor colleague Stefan Svallfors, of the University of Umeå. I have tried to get in contact with Prof. Svallfors. I wished to suggest colleague Svallfors the inclusion of Mr Julian Assange and US Army Private First Class Bradley Manning in the nomination he submitted to the Peace Nobel Prize Committee-

After careful consideration, I have decided to make a direct presentation to the Nobel Committee in Oslo, and which I have submitted today 16 of July, 2013. See the communication to the Nobel Committee down below [Click for enlarged text]. Nomination Submitted according to the guidelines at Nomination and Selection of Peace Prize Laureates, which would qualify me as nominator according to Item No 3 below. 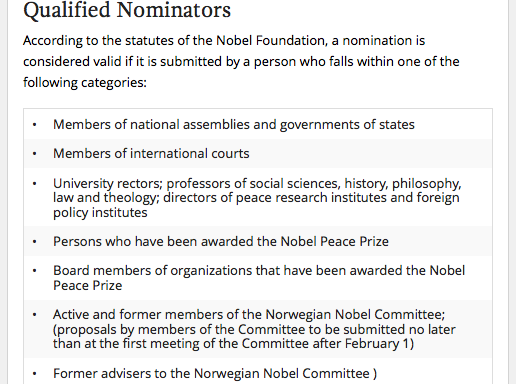 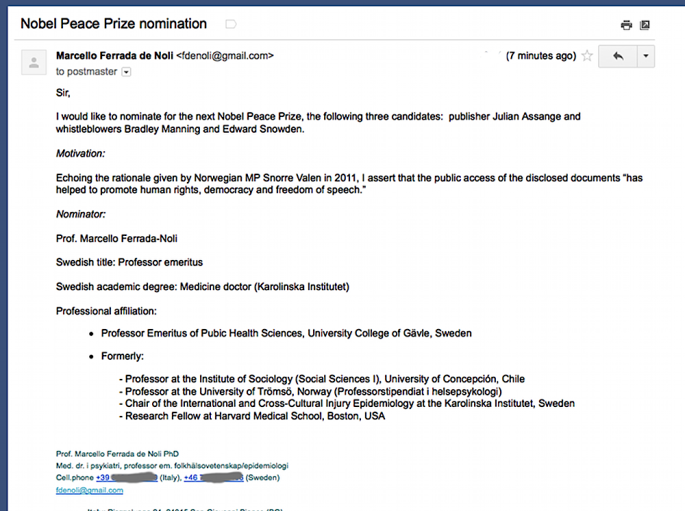