Update from Blogger Stats, March 2013: Professors blogg is now approaching the four hundred thousand pageviews (N= 388,574 on 5th of March 2:40 PM). A tribute to the cause of Human Rights for the WikiLeaks founder Julian Assange.
/With thanks and warm regards to the readers of Professors blogg and in particularly the supporters of this Human-Rights struggle for WL, Julian Assange, and Human Rights For All.
I thank also WikiLeaks for the linking of our articles, the twittering on Professorsblogg, and in general their kind initiative of spreading our materials in the Internet community.

According to Politometern.se, Professors blogg published in the computed period more articles/analyses (n= 95) on Assange than all the rest of indexed Swedish political blogs counted together (n= 73). 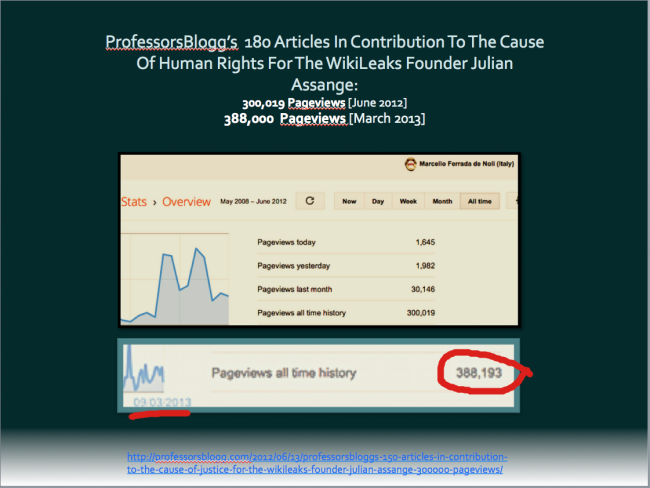 Country audience by May 2012

Most active political blogs on Assange in Sweden – Ranking list from Politometern.se

A list with 180 analyses and articles in the Professsors blogg on the Swedish case against Assange: