Professor blog proudly presents a new great contribution by Jennifer Robinson, the acclaimed media and human rights lawyer. She also is a legal adviser of WikiLeaks founder – editor and journalist Julian Assange. Jennifer Robinson participated in these days in the forum at the University of Technology in Sydney “Don’t shoot the messenger: WikiLeaks, Assange and Democracy”. We publish here a transcript of her lecture at the event, in agreement with Jennifer. We acknowledge on behalf of the author that she has not reviewed the transcript published here, which is credited to Green Left. The event on February 17 at the University of Technology, Sydney, counted also with the participation of human-rights advocate Christine Assange, Greens Senator Scott Ludlum, and historian Humphrey McQueen. Jennifer Robinson is a guest columnist in Professors blog./ Prof. Marcello Ferrada-Noli 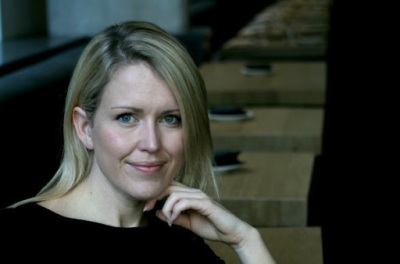 “What Julian Assange does with WikiLeaks is not only right. It is morally right, it is ethically right and it is legally right.”

By Jennifer Robinson
I wanted to start this evening with a Jewish curse that someone told me recently: “May you be involved in a lawsuit in which you know you are right” [laughter].
No one knows the meaning of this curse any better than Julian Assange and his colleagues at WikiLeaks. Assange has been accused of many, many things. Everything from being anti-Semitic to being a Mossad agent — how you could be the two at the same time I don’t know.
US presidential candidates in the current presidential race in the US have called for his assassination.
The current US vice-president has called him a “high-tech terrorist”. Can you imagine inserting into that sentence [Guardian editor] Alan Rusbridger is a “high-tech terrorist”? [New York Times editor] Bill Keller is a “high-tech terrorist”?
Our own prime minister [Julia Gillard] has accused him of illegal conduct — prematurely, prejudicially and prior to announcing a full-scale criminal investigation, which of course resulted in the outcome that the Australian Federal Police disagreed with her.
US government propaganda, shamefully echoed by our own prime minister, accused WikiLeaks of publishing in breach of US law. But they are wrong.
What Julian does with WikiLeaks is not only right, it is morally right, it is ethically right and, as I’ll explain this evening, it is legally right.
I was asked at a seminar earlier this week, how is it that you do what you do defending him? It must be so stressful. You are under surveillance. You have a lot of these threats made, which I don’t go into publicly.
And my response was, how do you think it is for him? Imagine what he is going through. And the reason he keeps doing what he does and does so bravely is because he knows he’s right.
His colleagues at WikiLeaks stand by him because they know he’s right. And I continue to defend him because I know he’s right.
And all of you here — and I’m glad Scott [Ludlum] said that — I hope the people watching this online can understand just how full this room is, all of you here are here because you know it’s right to support him and to support WikiLeaks.
But as I said, many accusations are about legality. Thankfully there are some sensible politicians in this country and they have denied what our prime minister said wrongfully, [Liberal shadow cabinet member] Malcolm Turnbull included, that it is not a crime in this country to publish as [Assange] has down. [Liberal shadow attorney general] George Brandis included.
And yet Assange and WikiLeaks are beleaguered by lawsuits — lawsuits that threaten his liberty and which threaten the contribution and activities of WikiLeaks.
These lawsuits are a significant drain on their financial resources. Assange faces potential extradition to the US to face criminal prosecution for his publishing activities: publishing activities protected by the First Amendment [to the US constitution].
WikiLeaks is being financially strangled, cut off from supporter donations by a worldwide financial blockade by the biggest financial companies the world knows: Visa, Mastercard, Paypal and others. And, of course, Bank of America.
All of these cases are based on false allegations of illegal conduct. And yet, if extradited to the US, Julian Assange may face, and is likely to face in the event it happens, years in federal prison while we fight that battle, if necessary to the Supreme Court, where he will win. What will happen in the meantime?
Meanwhile, the financial companies continue to prevent you from donating to WikiLeaks. Prominent academics agree with us that there is no legal basis for that blockade. They claim WikiLeaks either acts in breach of law — of any jurisdiction in the world, they don’t care to specify — or they encourage the breach of law. I’m going to come back to that point.
What these private companies are doing — and they are achieving what the government could not do themselves because of the First Amendment — they are effectively censoring WikiLeaks.
In November 2011, [WikiLeaks] shut down their publishing activities because of the financial blockade. They do not have the resources to continue. If the government were to implement that kind of ban it would be challenged constitutionally.
But instead, we have these massive private corporations imposing WikiLeaks censorship. And what can we do to remove it? It requires the coordination of lawyers in multiple jurisdictions around the world, intense financial empirical analysis of the transactions involved, technical and legal analysis of the transactions in terms of service. It is a huge job.
It requires resources and time, but particularly resources that WikiLeaks simply does not have. And why? Because of the blockade.
Each of these cases go to the heart of our democracy. They strike at the heart of free speech protections that are designed to ensure that those in power are kept accountable.

WikiLeaks flag. By Ferrada de Noli
We are now searching for ways to fight back. But we need your help. WikiLeaks and Julian need your help.
And I want to come back to the curse that I read out at the outset, may you be involved in a lawsuit in which you are right. Mary [Kostakidis] alluded to it earlier: the amount of resources and time required to fight these battles is massive. And yet they are cut off from the resources they need to do so.
It really is a battle of attrition. You have these massive companies who will fob us off. It requires legal action, it requires consumer action and it requires market pressure. But we need your help to be able to do that.
Certainly, WikiLeaks and Julian need your help. Help that’s not coming from our Australian government. And I’d like to close, just reflecting a little on what they can and should be doing.
Of course, Prime Minister [Julia] Gillard came out and called Julian’s conduct illegal before she had even considered it. And that from a lawyer. Characteristic perhaps of the unprincipled leadership she’s shown that has got her into the debacle that she is in right now. [applause]
[Then Attorney General] Robert McClelland’s threat to cancel Julian’s passport — and I’ll never forget that day because I was actually sitting with Julian at the time and he said to me, Jen, they’re going to cancel my passport.
Imagine, this was at the time when you’ve got a Pentagon task force, you’ve got the threat of arrest warrants from Sweden, you’ve got everything else going on, and I said what, they’re canceling your passport? I said: “What, no way, this is not my country.” And he actually had to show me the computer screens for me to actually believe that our Attorney General would say that. That our government would be so quick to accuse an Australian citizen in trouble.
We literally had a serious conversation about whether Julian ought to apply for refugee status abroad: the first ever political refugee from our country going to another country.
And what since? Thankfully [foreign minister] Kevin Rudd told both Gillard and McClelland to back off as he quite rightly should have, that it was his domain. But what are our constitutional rights as Australians? What are my rights? What are your rights [or] your brother’s, friend’s [or] husband’s? What happens to you abroad if anything happens to you?
Think about what happened when Schapelle Corby was arrested. Our Attorney General sent lawyers on the government’s behalf to sort out her defence. When the “Bali Boy” was recently arrested and admitted to the drug charges he was subsequently convicted of, the prime minster called him up personally to offer her personal support. Well I think it’s actually quite nice of her to do so, but lets think about equal protection as a matter of rule of law. Equal protection of Australians — what does that mean? [Audience member comments]
I don’t know if everyone heard that on the internet but the suggestion from the audience was that Julian should smoke some pot and get convicted for it and them maybe [Gillard] will help him. [laughter]
But I’ll leave that with you. As I said, the legal battles that face Julian and WikiLeaks are a threat, not just to the continued organisation of WikiLeaks, but they’re a threat to free speech, they’re a threat to democracy, they’re a threat to our rights. And not just in Australia, but everywhere.
But here in Australia we can make a difference. He’s Australian, stick up for him. It is the Australian way. Thank you.
Wikileaks, J Assange, Assange,  yttrandehefrihet,  tryckfrihet, transperans,  tryckfrihet, wikileaks,  intressant, pressetik

2 thoughts on “What Julian Assange does with WikiLeaks is not only right. It is morally right, it is ethically right and it is legally right. By Jennifer Robinson”