A new enticing and informative column by the notable American attorney and journalist Andrew Kreig, Head of the Washington-based Justice Integrity Project. Andrew Kreig is a regular guest columnist in the Professors blogg. He publishes also a column in the Huffington Post and a sample of his important work is listed in the Resource section of the Justice For Assange site. 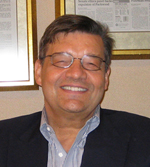 The Washington-based Justice Integrity Project is a research and education initiative established in 2010 by concerned citizens to improve oversight of abusive prosecutorial and judicial decisions in the federal justice system. Its primary focus is political and other arbitrary prosecutions, and official corruption cases. The Justice Integrity Project promotes effective oversight of federal prosecution and judicial misconduct, educate the public and its opinion-leaders and work with legal officials, organizations, and voters to increase awareness of how federal injustice harms the country.
Analysis by Andrew Kreig
The Article 32 hearing for Army Private Bradley E. Manning began Dec. 16 at Fort Meade in Maryland with a challenge by the defense team to the fairness of the military proceedings. Manning, right, was arrested in May 2010 in Iraq for suspicion of passing restricted material to WikiLeaks. Counsel for the defense argued that the hearing officer, Army Lt. Col. Paul Almanza, lacks sufficient independence. Part of the defense argument is because Almanza works for the Department of Justice, which honored him last year and is holding a grand jury investigation directed at the WikiLeaks organization and its leaders. Almanza declined to recuse after answering questions from attorneys. The defense is appealing that ruling.

In March 2011, Manning was accused of “aiding the enemy,” among other charges. Manning, who turned 24 on Dec. 17, is appearing for the first time to face 22 charges of distributing government secrets. The hearing will determine whether he must stand trial on charges that could imprison him for life, and potentially bring a death penalty. About a hundred news organizations have requested credentials to cover the proceedings, expected to last about a week. A compilation of on-the-scene coverage is excerpted below.

Authorities have said they will not seek the death penalty. Among the reasons defense attorneys sought the hearing officer’s recusal were his pre-hearing rulings granting the prosecution all of its requested witnesses and granting the defense only two of 38 witnesses not approved also for prosecution purposes. The defense argued that some of those rejected could have testified that the leaked documents would have caused minimal damage to national security.

“I do not believe a reasonable person, knowing all the circumstances, would be led to the conclusion that my impartiality would be reasonably questioned,” Almanza responded. “I thus deny the defense request to recuse myself.”

The hearing is Manning’s first public appearance since authorities removed him from his post in Baghdad in May 2010 and jailed him under what critics worldwide described as punitive conditions that constituted human rights violations. Manning supporters are protesting his prosecution for a variety of reasons. Among them are that Manning was acting as a whistle-blower on unethical conduct that included potential war crimes, not as a spy. Others are that his pre-trial detention conditions were so inhumane as to be scandalous. 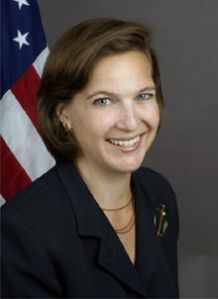 Department of State spokesman P.J. Crowley was forced to resign last summer after he shared at a seminar his opinion that authorities were misguided in treating Manning so badly in his pre-trial conditions when the worldwide human rights community is paying close attention. Authorities prompted replaced Crowley with former Cheney aide and U.S. NATO ambassador Victoria Nuland, left. As a key member of the bipartisan, pro-war neo-con consensus that dominates foreign policy in Washington, she is the Choate-reared wife of longtime invade-Iraq enthusiast Robert Kagan. He is a former Skull-and-Bones inductee at Yale who is an author, think tank fellow and Washington Post columnist who had sought such an invasion as early as 1996 along with other leading neo-cons in their Project for a New American Century. The elite consensus behind using those of humble origins such as Manning to implement these wars is one dimension of the Manning prosecution that deserves the attention of voters next fall. It’s animating campaigns as different as Republican Ron Paul’s and that of emerging Democratic challengers to President Obama.

For another thing, federal authorities last week celebrated the end of the Iraq War, or at least the withdrawal of the vast majority of U.S. trops. But the loss of more than 4,000 American lives and estimates of hundreds of thousands of foreshortened Iraqi lives undermine the latest version of the Bush administration’s “Mission Accomplished” shipboard celebration in 2003. Additionally, the Justice Department this week announced a ramped up effort to prosecute war criminals — specifically those suspected of persecuting Jews and other Holocaust victims nearly 70 years ago in Europe. The original prosecutions at Nuremberg led by famed American prosecutor and jurist Robert Jackson made famous our nation’s principle that “just following orders” cannot be a defense to war crimes. 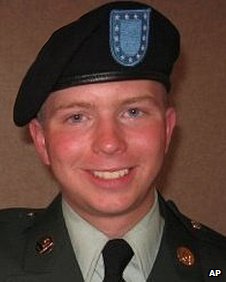 Manning, however, is probably well on his way to serving a term comparable to the world’s most notorious German and Japanese war criminals who escaped the hangman — even though his private remarks so far made public suggest that he sought to halt abuses as best he could by facilitating news reports of U.S. embarrassments or wrongdoing.

But there’s probably scant reason for anyone to ponder the facts or fairness at this late stage of the Manning case. As the first pretrial hearing resumed for its second day on Dec. 17, remember that President Obama issued his verdict last April. The president — the erstwhile liberal law professor who now commands the hearing officer Almanza both as commander-in-chief and as head of the Executive Branch’s Justice Department — has already pronounced Manning as guilty: “He broke the law.”

While Manning’s fate may already be sealed, the more curious coincidence is that this is also the week where the House and Senate overwhelming passed for the presidents signature and what Ralph Nader calls “surrender” — an unprecedented attack on the Bill of Rights whereby the president can designate any U.S. citizen, whether in the military or not, to be held forever by military authorities without a hearing if suspect of supporting what an authority believes is “terror” initiative. Yes, worry about what’s about to happen to Manning. But he won’t be the last by any means.

And as we proceed to next November, let’s remember to ask the candidates, “What did you do with my country’s Constitution?”

Below is a sampling of coverage, including updates
Salon, The intellectual cowardice of Bradley Manning’s critics, Glenn Greenwald, Dec. 24, 2011. Ever since Bradley Manning was accused of being the source for the WikiLeaks disclosures, those condemning these leaks have sought to distinguish them from Daniel Ellsberg’s leak of the Pentagon Papers. With virtual unanimity, Manning’s harshest critics have contended that while Ellsberg’s leak was justifiable and noble, Manning’s alleged leaks were not. One problem for those wishing to make this claim is that Ellsberg himself has been one of Manning’s most vocal defenders, repeatedly insisting that the two leaks are largely indistinguishable. But the bigger problem for this claim is how blatantly irrational it is. As Ellsberg clearly details in this Al Jazeera debate (VIDEO), he — Ellsberg — dumped 7,000 pages of Top Secret documents: the highest known level of classification; by contrast, not a single page of what Manning is alleged to have leaked was Top Secret, but rather all bore a much lower-level secrecy designation. In that sense, President Obama was right: “Ellsberg’s material wasn’t classified in the same way” — the secrets Ellsberg leaked were classified as being far more sensitive.

Associated Press / Huffington Post, Bradley Manning’s Defense Lawyers Employing Three-Pronged Strategy For Alleged WikiLeaks Suspect, David Disneau and Pauline Jelinek, Dec. 20, 2011. The government neared completion of its case against the Army intelligence analyst blamed for the biggest leak of U.S. secrets in American history as the prosecution and defense wrangled over which parts of the proceedings should be public and private.

Washington Post, Bradley Manning’s attorney in WikiLeaks case seeks presiding officer’s recusal, Ellen Nakashima, Dec. 16, 2011.  The military pretrial hearing for Pfc. Bradley Manning opened contentiously Friday, with his defense attorney arguing that the presiding officer lacked the impartiality to render fair judgment in a case growing out of the release of a trove of government secrets to WikiLeaks last year.  His attorney said Army Lt. Col. Paul Almanza, a reservist who also works for the Justice Department, could not be unbiased, citing that department’s ongoing investigation of WikiLeaks co-founder Julian Assange. “That simple fact alone, without anything else, would cause a reasonable person to say, ‘I question your impartiality,’ ” the attorney, David E. Coombs, told Almanza, who works in the child exploitation unit of the Justice Department. Almanza rejected a request for recusal after considering it during a recess. He said his unit has no involvement in the case or in national security issues.

x
BBC, At the Scene, Paul Adams, Dec. 16, 2011. For almost everyone present, this is our first glimpse of the man accused of the biggest leak of confidential material in American history. Private Manning  sat in uniform, wearing thick-rimmed glasses, hands clasped before him. In his only remarks so far, he said he understood his rights and confirmed the identities of the one civilian and two military officers representing him. But the focus of attention was the investigating officer. Manning’s civilian lawyer demanded he recuse himself, arguing that as prosecutor for the Department of Justice, Lt Col Paul Almanza works for an organisation actively pursuing a separate case against Wikileaks. Mr Coombs said Lt Col Almanza’s decision to reject defence witnesses, as well as the government’s alleged reluctance to put forward witnesses to explain the damage done by the leaks suggested Almanza was biased.  “Where’s the damage? Where’s the harm?” Mr Coombs demanded, in an early indication of part of his defence strategy. Lt Col Almanza announced a recess to consider the defence plea. It could last some time.

Fox News, Manning Judge on Trial at WikiLeaks Case Hearing, Justin Fishel, Dec. 16, 2011. Pfc. Bradley Manning, the 23-year-old soldier accused of providing hundreds of thousands of secret government documents to the website WikiLeaks, appeared publicly Friday at a military courthouse for the first time since being arrested in Iraq 19 months ago. Defense attorney David Coombs touched off an unusual courtroom debate by asking investigating officer Lt.Col. Paul Almanza to recuse himself due to bias. Almanza later refused and the hearing adjourned for the day, but Coombs is trying to put the trial on hold in response. The defense attorney has filed a motion to request a stay before the Army Court of Criminal Appeals, though Almanza plans on proceeding with the hearing Saturday unless he is told otherwise. Coombs claimed Almanza was biased due to his role as a Justice Department prosecutor, and the department’s alleged desire to prosecute WikiLeaks founder Julian Assange. The government prosecutor, Capt. Ashden Fein, asked Almanza if he had ever dealt with any issues related to WikiLeaks or Manning in his prior role as a Justice Department attorney, a job he left on Dec. 12. Almanza told the court he had no dealings with this case prior to his appointment and that he believed he could be impartial.

Politico, Barack Obama on Bradley Manning: ‘He broke the law,’ MJ Lee and Abby Philli, April 22, 2011. President Barack Obama’s assertion at a recent California fundraiser that Bradley Manning “broke the law” may have run afoul of presidential protocol, according to legal analysts who have been tracking the case of the Army private charged in the WikiLeaks case. “I have to abide by certain classified information,” Obama said on a video that quickly began to circulate among media outlets Friday. “If I was to release stuff, information that I’m not authorized to release, I’m breaking the law. … We’re a nation of laws. We don’t individually make our own decisions about how the laws operate. … He broke the law.”