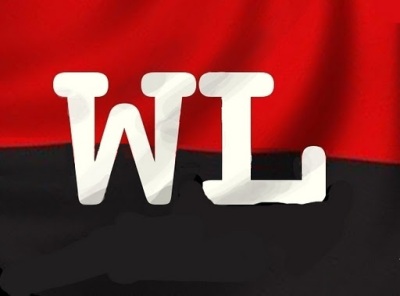 Meanwhile in Australia, Christine Assange,  adressing a meeting with PMs and Senators in Canberra,  took up a nodal issue about Wikileaks interaction with revolutionary change, a phenomenon that is both politically and technically bound. It is about a Cyber-vanguard alerting citizens exactly in an epoch and in a world-conjuncture screaming for new democratic answers. It reminds me the 68’s movement. In her words:

“We are at a crossroad in history here with democracy,
where internet technology is intersecting with democracy.”
“Which way are we going to go? Are we going to repress
all the citizens of the world for speaking out?” [1]
Oppressed creatures in a world of political deception, understand now much better, through modern instantaneous cyber communication, that they share the same cultural fate, the same feeling of political despair, the same need to shout it out and claim justice and real democracy, and now. No one should feel alone any longer in this struggle.

They now understand that so-called secrecy in government, justified by so-called national interests, turned out being a simple cloak-and-dagger manoeuvring aimed gagging the emergent whistleblowing voice.

A flag leading this struggle is the pro-transparency organization Wikileaks

It helped vast contingents around the world star asking anew the validity of authority, on whether authority it should be equated with respect.

They ask whether they should respect an authority which only abuses peoples’ rights and despises their trust. They ask anew about the meaning of State, the meaning of democracy, as once Lincoln did.

And further, they ask how far has political government really gone in placing the public interests (and funds) under the economic and corporate profit and rule. They wonder what “financial crisis” of these days really represents. How come that the banks instead get richer, top government and political bureaucrats get investment and corporate involved, armies and police enforcers get stronger in legislation and weaponry?

What the “free press”, both mainstream media and “free”-lance journalists in the establishment’s payroll, have got for assignments? How come those whole nations of people actually believed they were both the problem and cause of such crisis and thus they would have to accept their increasing impoverishment?

Alienation was the first target of this genuine Transparency Revolutionary Movement; To reinstall genuine democracy will be the next

This struggle against the politically-based extradition of the Wikileaks founder – and the imperative claim for the liberation of Bradley and all honourable political prisoners – is the wind waving such cheerful colours – the WL flag – in a night of beleaguered political deception.
For this struggle is the categorically opposing of mass-manipulation with the arms of transparency; it is the single’s humble voice joining millions like her in a cyber cry for world justice.
EU sovereigns, NATO rulers, Vassal-organization and potentates from all latitudes, etc. are men and women just like you and me. Those in power are no gods.  They rule only thanks to the passive support given by the people’s lack of political or ethical engagement. They rule with the help of their legislation just over a castle made of documents and papers and signatures.  Those can be written anew, and signed anew at the will of the people, after the transparency Revolution have made the wrongdoings accountable.
If people would just understand that, that in democracy, power should be in the citizens interests, the all individuals dreams, the collective needs, the real people’s opinions of what is ethical and what is health, what is “sin” and what is hypocrisy, what is joy and what is freedom. Humanity belongs to humans.  Governments belong to the people, and it does exist to serve humanity, here and now. It is not that people exists to justify power or serve those in power. To accept this unethical, anti-natural rule, in which the vast majority of single individuals sacrifice their rights in favour of the ego-interests of those in power, is social masochism in its essence.
In that case we are returning to the medieval praxis of individual’s impotence based in oppressed ignorance. For government is not something alien, superior or supra-human, and democracy was supposed to be the political alienation’s antithesis.


To tell the truth about government makes persons “activists” in the eyes of the authority.
To bring the truth to the streets of the nation makes the activist “dangerous”.
But to disclose the secrets of governments about the deception to their people in front the whole world, makes the honest fighter a “criminal”, by edict of the exposed ones.
When modern times “democratic” oppression consists in the deception towards the citizens that have elected them, for instance in their lying about the real causes of war.
When in these pecuniary-greed based economies, the banks – like for instance all Swedish banks – become richer and richer, and our government try to convince that the “financial crisis” is because our politically incorrect savings, shopping or investments habits.

Or others horrible media frauds.

When wars of usurpation take away the bread and the dream for a life without misery, and cluster bombs take the mothers and fathers from their children, or take their children away; and take the oil from the underdeveloped soil to lubricate the (wrong) developing of wealthy nations.
When the street populations of Africa or the Middle East are forced to spill their blood for the chimer of a new order.
When politicians and rulers, and popes, and the journalists that cover them up, and all of that fascist cohort of intellectual servants or “order-enforcing” lackeys guarding only the aggressors’ order, protecting  the macabre orgy in which the hyper-rich trade the destiny of those hyper-miserable for a bunch of stockholders in Stockholm, London or Wall Street.
When such human-made plagues smashes the face of each decent person in this world, then it has come the time for the new antiheroes. Just for this epoch of mass deceiving, the answer for this epoch is transparency.
[From “Extradition Trials in Halloween Days“

Other developments of today 17 November, regarding the Swedish case against the Wikileaks founder: In Sweden, News Agency TT announced that Julian Assange has changed his Swedish lawyer, replacing Björn Hurtig by Per E Samuelson and Thomas Ohlsson [2]. Hurtig declared to them “good luck”! The change of Julian Assange’s lawyers was communicated to the Courts today, according to TT [See English translation of the cable in Note 3, down below]. The developments were soon published also by Dagens Nyheter, Aftonbladet, Expressen, and SvD.

According to a cable from Stockholm by The Associated Press, Per E Samuelson, who has previously represented one of the four men behind file-sharing web site The Pirate Bay, “has been a critic of Sweden’s sex crime laws.” The cable adds that Samuelson had previously declared to The Associated Press that “(Sweden) has come to use ‘the designation rape in a way no other country uses it’.” [4]. Participants in the Swedish Net-forum Flashback praises Assange’s choice giving details of distinguished ethical and professional record regarding the new lawyers.

Quoting Christine Assange, adressing a meeting with PMs and Senators in Canberra:

This has now been notified to the Stockholm District Court.

Lawyer Thomas Olsson told TT that he only had contact with Assange for a short time.
-The reasons why he (Assange) changes his lawers, are up to him to exlain, said Olsson.

Olsson has just started to read up on the legal case – the sexual offenses that Assange is suspected of – and will give their views on it early next week.

He does not want to say whether the change of the defence-team  defending has to do  with that Assange may have plans to come to Sweden.

As recently as last Tuesday appealed Assange at the Suprime Court (London) the decision to extradite him to Sweden made by the High Courts.

Attorney Björn Hurtig says that it “absolutely not” a conflict between him and Assange lawyer behind the change.

-Why he chose to change (lawyer), you should ask him. But it is not unusual to replace a lawyer and he has chosen two excellent new representatives. I wish them luck, says Hurtig.
Hurtig did not know either if the lawyer-change would suggest that Assange comes to Sweden earlier that it was believed: not earlier than the decision is made by the Supreme Court (in London) scheduled for December the 5th.
[4] From: “Assange changes lawyer in Sweden for second time”, AP, Stockholm 17 November 2011
A selection of recent articles on the Swedish case against Wikileaks founder in the Professors blogg:
  7 November 2011. NATO medals to Sweden. Can Sweden US-aligned stand guarantee fair extradition process?
  4 November 2011. Sweden will grant extradition of Assange to the US. If not stopped by international political pressure
  3 November 2011. Sweden, Nato and Assange
  2 November 2011. Questo è il motivo per la vendetta svedese contro Julian Assange e Wikileaks
  1 November 2011. This is why
  1 November 2011. “Bild and Clinton in conference before decision on Assange extradition” in Second-Opinion
  31 October 2011. Extradition trial in Halloween day
  25 October 2011. Swedish psychological warfare against Wikileaks and Assange

One thought on “Wikileaks flag”